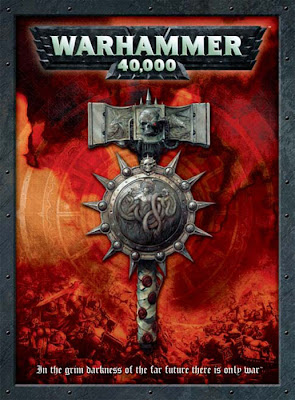 The grim darkness of the far future...is closer than you think.

Warhammer 40,000 will see a new edition--the fifth rules set for Games Workshop's popular gothic science fiction miniatures wargame--in July, 2008, with the release of the updated rulebook in hardcover. This edition will be back-compatible with in-print army codex books and existing miniatures, to insure a smooth transition for hobbyists.

In addition to the hardcover rulebook, which will be a regularly stocked item, GW will make the V5 rules available in two special editions, available *only* at the time of the new game's release. The Collector's Edition will feature a multi-fold slipcase, a genuine purity-seal embossed cover, and will be printed in strictly-limited numbers worldwide. The Gamer's Edition will be a package including the regular hardcover rulebook along with special edition templates and an advance release of the new movement and action markers, all in a special 'ammunition crate' with foam inserts, which can subsequently be used for figure storage or transport, etc. Hobbyists interested in these special editions should pre-order from their regular stockists; as with similar special edition releases in past, they will be available in only limited numbers and when gone will not be re-released. 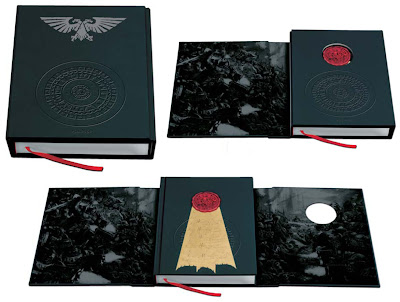 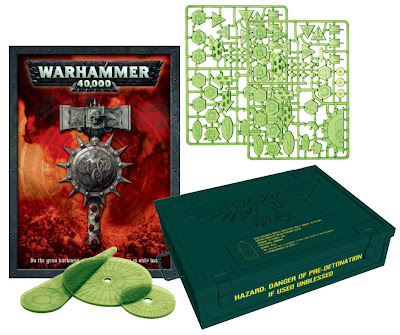