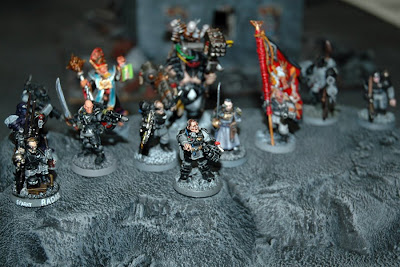 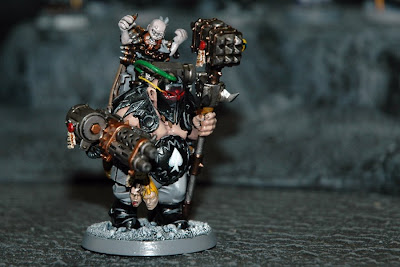 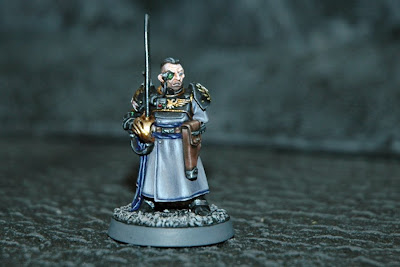 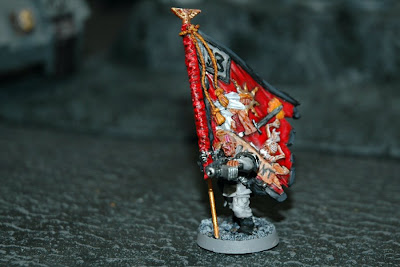 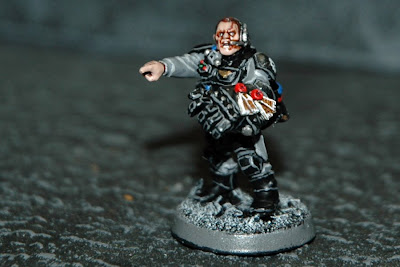 Hobbyists met Sunday, March 23rd at HobbytownUSA Dallas to complete one of the most unique and satisfying Lucky 13s Apocalypse Campaign events yet--and the Mordant 13th Imperial Guard High Command Group was an enormous success! 19 of the 20 possible models were claimed by participants--and an impressive 16 of those 19 hobbyists delivered on their commitment, arriving on the day with a contribution to the retinue of Lucky 13s Colonel Jago Kallowen which excelled all expectations across the board!

Thanks to Games Workshop and the staff of HobbytownUSA Dallas for contributing two 40K boxed sets and three randomly-awarded 40K model blisters as prize support--and thanks and congratulations to all 16 participants who earned their Lucky 13s Event Stamp by delivering on their commitments to make this event a tremendous success. Get by HTUD to see the High Command on their display base in the cabinet in the Games section...or come view their battlefield trial-by-fire against the Great Devourer in Saturday's second Lucky 13s campaign mega-battle in the HTUD Game Hall, 'Not On My Watch!'

Congratulations to all the participants on a job well done! View the full gallery here: Lucky 13's Command Retinue Gallery.